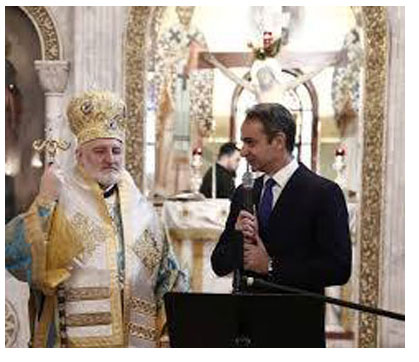 There was a reason our Hellenic ancestors in the archaic and classical periods of Greece valued shame (αιδώς) as an important political virtue that any public official must possess. For those who possessed it were unlikely to put their petty personal interests and gains over public interest, not simply because of a temporary feeling as most people today regard shame, but rather, as a well-thought ethical decision to be just and obedient to laws written and unwritten. It is rather unfortunate that modern day Greek politicians, tend to be devoid of any shame and are exhibiting a callous disregard for transparency and accountability. We have witnessed time and again the ways that Greek politicians in order to curry favor with the Orthodox Church, funnel millions to the church’s coffers in addition to the obligation to pay the annual salaries of all priests in Greece.

As if that burden on a recently bankrupt state was not enough, the newly elected Prime Minister of Greece Kyriakos Mitsotakis, on his recent trip to the United States of America announced that Greece will now bankroll with 2.2 million dollars per year (retroactively from 2019!) the Greek Orthodox Theological Seminary of Boston. A country which can not afford to cover empty teacher positions in its public schools, a country which faces a horrendous public health crisis because its public hospitals are understaffed and incapable of providing even basic health services, finds the extra funds to spend for a program whose contribution to the Hellenic community of the United States is non-existent.

We spoke for accountability or rather the lack of it earlier because what makes this act by the Greek Prime Minister more infuriating and forces us to protest with this press release, is the fact that this 2.2 million per year “gift” is given to an organization-- that for years has been riddled in economic and ethical scandals-- with no strings attached; an organization that is under investigation by the state of New York [1] for missing almost 5 million of public contributions collected for the construction of a church at the World Trade Center site which has already gone 50 million dollars over its original 30 million budget [2]; an organization that in the last two decades has paid 17 million dollars in settlement money as a cover up for sexual abuse cases [3].

If the Greek prime minister had any interest in the strengthening of the Greek American community, he could have offered the 2.2 million to support Hellenic education programs -- which are desperately needed-- along with the requisite of oversight. Instead, he chose to “gift” public funds to a failing theological seminary which, to put it in simple terms, trains the future employees of the Archdiocese with little to show in actual community contribution. 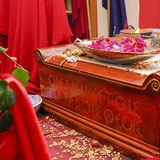 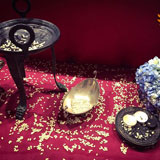 What is reported about Supreme Council from the media